The discovery and development of cyclodextrin

Shandong Binzhou Zhiyuan Biotechnology Co., Ltd. is committed to researching the application, development and innovation of cyclodextrin and its derivatives.

It has been more than a hundred years since Villiers discovered cyclodextrin in 1891. It has developed into the most important subject of supramolecular chemistry, which contains the wisdom and labor of many scientists and scientific workers. Villiers first separated 3g of the substance that can be recrystallized from water from the 1kg starch digestion solution of Bacillus amylobacter, and determined its composition as (C6H10O5)2*3H2O, which is called wood flour. In 1903, Schardingei used the isolated strain to digest starch to obtain two crystal compounds. They confirmed that they were the same material as the wood flour isolated by Villiers, and used the iodine-potassium iodide reaction to distinguish between a-cyclodextrin and b-. Cyclodextrin (b-cyclodextrin), this method of judging a-, b-cyclodextrin by reaction with iodine solution is still in use today.

Schardinger successfully isolated the spring Bacillus, named Bacillus macerans (Bacillus macerans), which is still a frequently used strain in production and research. In order to commemorate his contribution to the establishment of the chemical foundation of cyclodextrin, cyclodextrin was also called Sardinger dextrin. After Schardinger, Pringsheim played a leading role in the research of cyclodextrin chemistry. He found that this crystalline dextrin and its acetylation products can combine with various organic compounds to form complexes, due to the use of inappropriate freezing point reduction Method to determine the molecular weight, and many speculations lack factual basis, the research work in this period progressed very slowly [1]. Later and in 1936, the structure of these crystalline dextrins was proposed. Between 1948 and 1950, Pitha discovered Y-cyclodextrin and confirmed its structure [3]. Two research groups, French and Cramer, who joined the research in parallel during this period, separated and characterized the physicochemical properties of cyclodextrins, and pointed out that there may also be molecules with larger rings and complexes with other organic molecules. . The research results of this period have made people realize that cyclodextrin is very likely to be used in industry. Although the laboratory-scale preparation process has been established, due to the controversy on the judgment of toxicity, it hinders the pioneering research in the application field [1]. The affiliates owned by the company developed into a financially independent company from 1988 to 1991, and finally became CYCLOLAB Co., Ltd. in 1991. Szejtli served as the general manager and research tutor, and introduced a large number of applied technologies in the fields of food and medicine. Known as the father of cyclodextrin.

From the early 1970s to the present, the research of cyclodextrin chemistry has entered its heyday. Since the late 1970s, the rapid development of cyclodextrin chemistry has become an important subject of building molecules, thanks to the entry of technology and science. The improvement of various new analytical techniques and the introduction of new instruments have attracted the attention of scientists in various fields and promoted the development of cyclodextrin chemistry. Among them, 2DNMR, X-ray crystal diffraction and cyclodextrin are the representative ones that have accumulated some experience. The change of thermodynamic function in the process of finely combining the object. The provided data can be used to judge the topological morphology and the spatial arrangement of each atom or group of the cyclodextrin or modified cyclodextrin in the corresponding guest form complex in solution or solid state, and understand the conformational changes induced by the binding process and the formation of complexes. New features generated by the body. Based on the collection and analysis of a large amount of thermodynamic data, it provides a more comprehensive point of view to discuss and understand the properties of various organic and inorganic guests contained in cyclodextrins or modified cyclodextrins and the factors that control supramolecular interactions. At present, cyclodextrin has developed into one of the most important subjects in supramolecular chemistry.

Zhiyuan Bio has top scientific research experts in related fields at home and abroad. We are willing to provide the latest cyclodextrin derivatives for universities, scientific research institutions, and researchers in the fields of medicine, food, cosmetics, pesticides, and new materials. We look forward to cooperating with you. 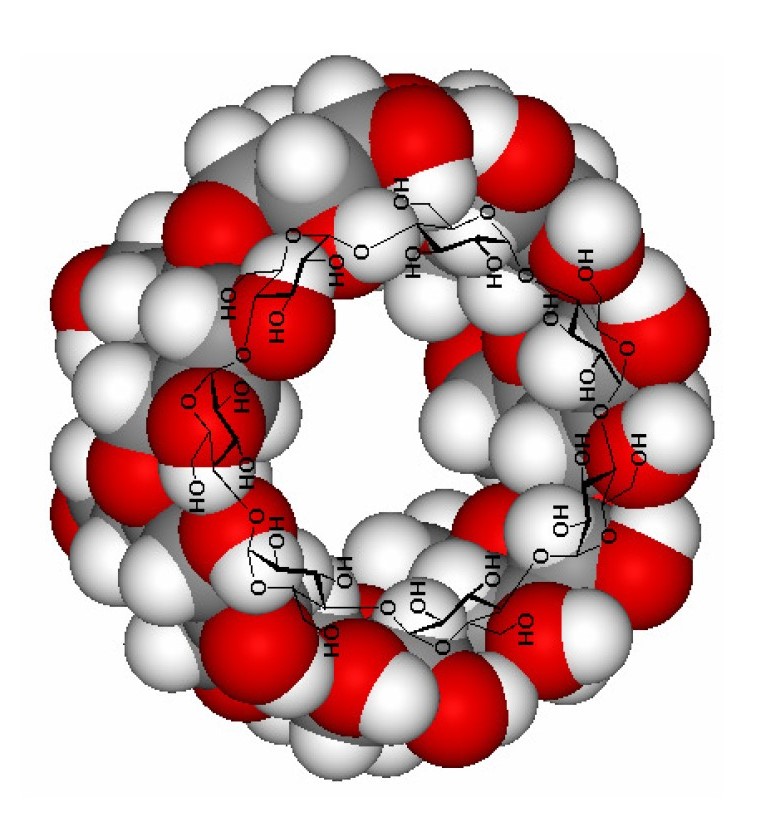