Interaction between cyclodextrin derivatives and drugs in pharmaceutical preparations

In order to solve the problems of formulation design and safety and effectiveness caused by the lack of self solubility, stability and bioavailability of drugs, the drug and auxiliary materials can be made into inclusion compound, eutectic, solid dispersion, phospholipid complex, particle delivery system and other formulations, namely, carrier. In recent years, the research on the interaction between drugs and excipients in carrier preparation has been extended to the research direction of the influence of excipients on the formation of carrier preparations and the interaction between other excipients and carriers, and plays an important role in the formulation design and optimization. 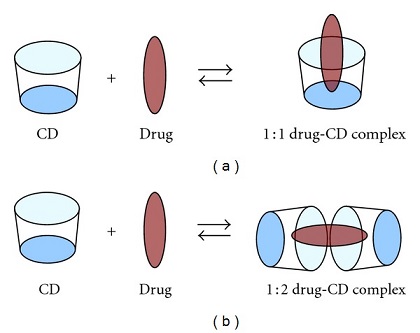