Nanozymes are nanomaterials with similar enzyme properties. These artificial enzymes are more active than natural enzymes and are used in biotechnology. The cavity of cyclodextrin mimics the hydrophobic receptor of an enzyme and can bind to the substrate. Several OH groups on the edge of the cavity can be used as catalytic groups for various reactions. The first studies in the 1960s and 1970s confirmed the hydrolytic activity of cyclodextrin. For example, in 60% dimethyl sulfoxide, the degree of deacetylation of m-tert-butyl acetate increases by 13,000 times. In addition to hydrolytic enzymes, several other enzymes are also simulated by introducing a catalytic part into cyclodextrin.Nowadays, "nanoenzymes" have replaced traditional expression methods, such as enzyme modeling, inclusion catalysis, and cyclodextrin-based artificial enzymes.

And glutathione peroxidase, such as 2,2'-selenium-(2-deoxy-β-cyclodextrin). Another recently published example is the manganese porphyrin-α-cyclodextrin conjugate used as an artificial enzyme for the epoxidation of polybutadiene. 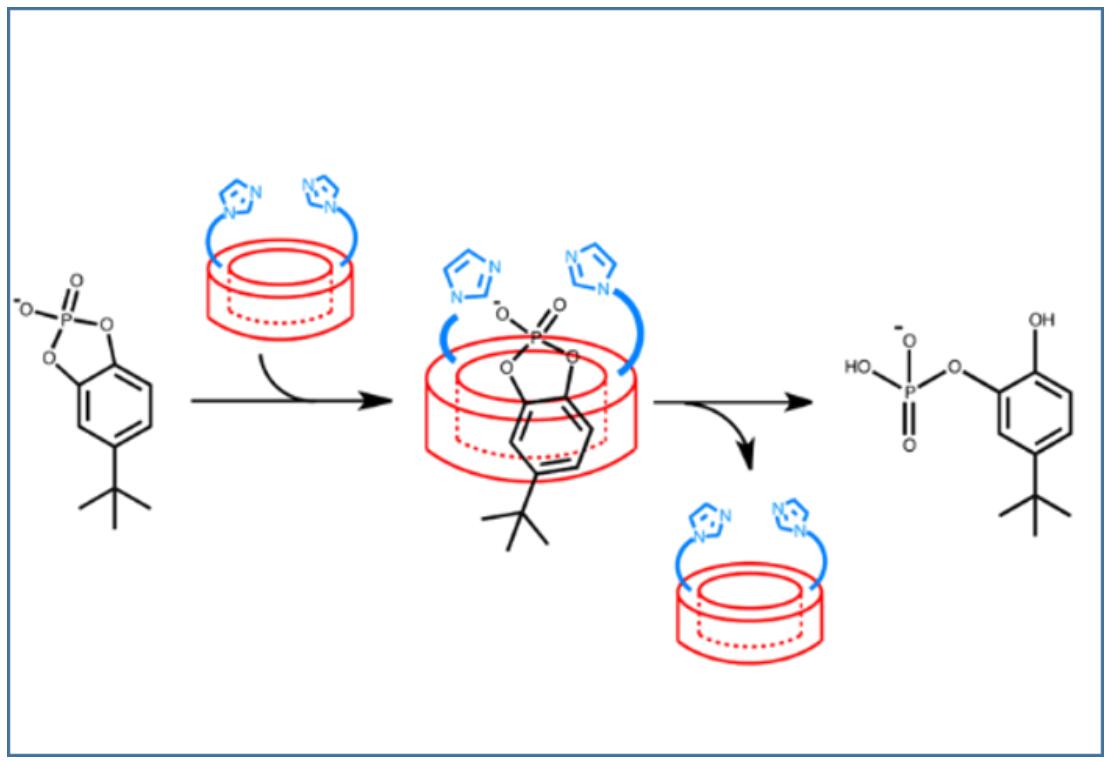